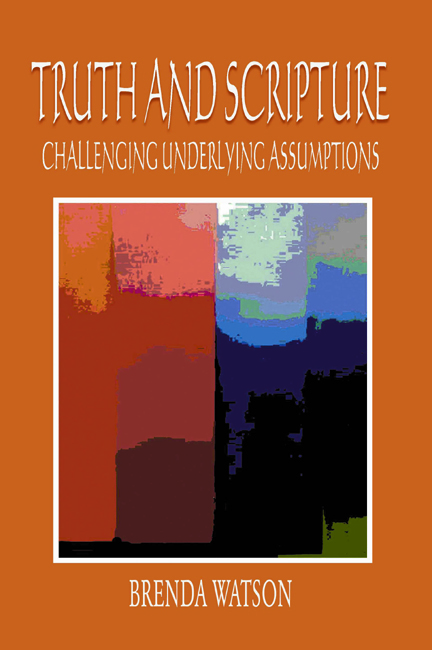 A book to promote discussion

“This important, stimulating and timely book lays bare the basic assumptions that are often built in to different approaches to Biblical interpretation. Whilst discouraging any irrational dogmatism, it helps us to question the hidden presuppositions of Biblical scholarship. No reader of the Bible can fail to be challenged.”

“Dr Watson is passionately concerned that the Gospel accounts of Jesus should be received with integrity by people today, and she destroys some serious obstacles that prevent that.  Conservative evangelicals like me will find her book informative, challenging, encouraging and stimulating.”

“This is a thorough analysis of the assumptions that lie buried beneath much biblical scholarship. They are shown all too often to be frankly untenable. The result liberates the Bible from widely-accepted attitudes that merely muffle or distort the thrust of the text. It merits very careful study by preachers and all concerned to hear the Word of God in our day. Very strongly commended.”

Dr. Brenda Watson, BA(Hist.), AKC, DipEd, ARCM, MA(Theol.) PhD, FRSA was a teacher in secondary schools and then lecturer at Didsbury College of Education, first in History then in Religious Studies, until she became Director of the Farmington Institute for Christian Studies in Oxford until 1988. She is the author of several books including Education and Belief (Blackwell 1987), and The Effective Teaching of Religious Education (Longman 1993; 4th impression 1999)